Learning To Fly: Meditating For Height And Distance 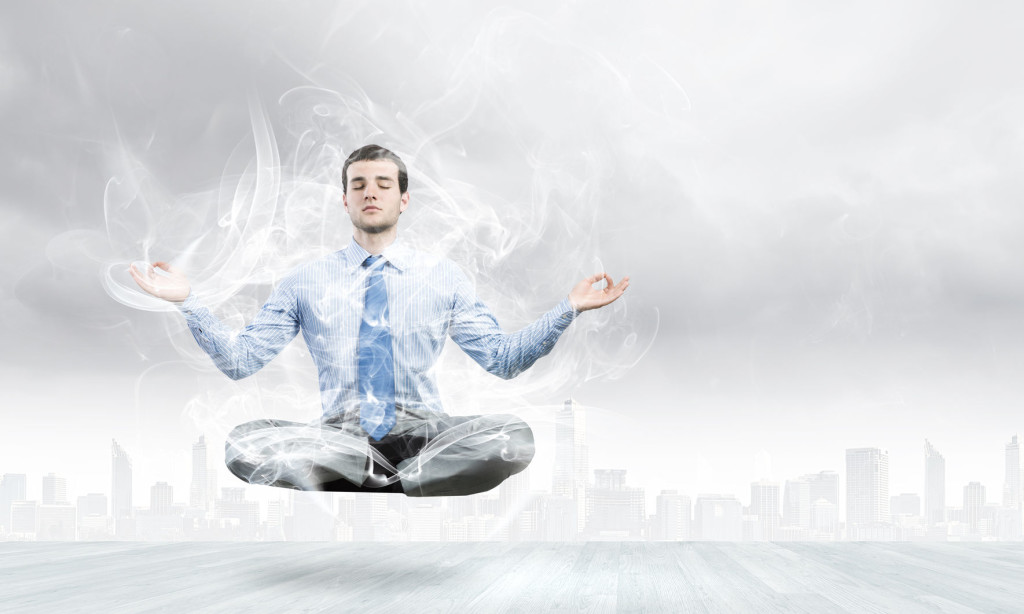 When Andy Puddicombe was a boy he went with his mother to a meditation class, which in his 11 year old mind meant he would be learning some Kung Fu, Jedi, Super Ninja type stuff, possibly even how to levitate and fly.

He did not learn how to fly.

But the concept of mindfulness and learning to control your own thought patterns stuck with him as he later travelled the world, became a Buddhist Monk and went on to found Headspace, a $50 Million startup devoted to bringing mindfulness to the masses and the celebrity set including Emma Watson and Gwyneth Paltrow, both advocates of his 10 minute mindfulness app.

So if meditating can’t teach you to levitate or fly, just exactly what the hell does it do?

In a nutshell meditation teaches you to Observe, Ignore and Control the neverending stream of chatter in your mind.

But the benefits of learning how to tune in and tune out at will are anything but simple.

By learning to ignore the random thoughts that pop into our head, we can focus our energy, focus our efforts and get more done in less time without stopping to Google the name of that movie David Spade was in. You know where he had the mullet and the Camaro. And just how tall is David Spade anyway? I wonder if he’s taller than Tom Cruise. Prince?

Our modern world is a constant stream of distractions and with the sum total of all human knowledge just a mouse click away there is literally no more valuable talent than the ability to stay on task. Meditation can help you do that.

More and more, science is placing the root cause of many modern ailments at the feet of one underlying condition. Inflammation.

Diabetes, stroke, heart disease, cancer, ADHD, migraines… the list goes on and on. For years inflammation was treated as a symptom, but we’re starting to realize that it may be the actual disease. Inflammation occurs when your body perceives a threat and your internal defenses gather together to mass a defense against allergens, infections and even stress.

But we live in a constant state of stress these days from cell phones buzzing to the 24 hour news cycle to the little man in your head doing his best Chicken Little impersonation 16 waking hours a day – The Sky is Falling! The Sky is Falling!

We’re perpetually on edge, preparing for the falling sky, diverting our body’s resources and energy away from regular daily maintenance and upkeep.

By helping us learn to observe, control and ignore our imagined threats, meditation can dramatically reduce our stress levels, our constant state of inflammation and our susceptibility to the chronic diseases which are killing and bankrupting us. People who meditate, even in small amounts, have measurably lower levels of cortisol, the stress hormone.

And since our internal defenses will be spending less time battling imagined threats, we’ll be better prepared to fight the real ones giving our immunity system a boost.

Additionally, meditation can increase our pain tolerance by the same process we manage our thoughts – observe, control and ignore.

Finally meditating can make you happier. In fact, meditation fundamentally rewires your brain to remain in a natural state of happiness. Meditation has been shown to increase overall brain mass and specifically increase mass in areas of the brain associated with positive emotions, the regulation of negative emotions and self control.

It only makes sense. Happiness is an internal function depending almost entirely on how we react to the outside reality of our lives. Learning to observe, control and ignore our reaction to the outside world gives us the power to make happiness a choice.

We can choose to cuss, spit and shake our fist at the asshole who cut us off 3 exits ago on the interstate.

Or we can observe that cussing and spitting is not increasing our happiness and we can choose to just let it go.

We have that power. We’ve had it all along.

Meditation is just practice for controlling our emotions when they need to be controlled.

You may not learn how to fly.

You may not learn how to levitate.

But meditating for just 5 to 10 minutes a day can help you be healthier, happier and more productive all day long.

And that, my friend, is some real life, genuine Kung Fu, Jedi, Super Ninja type stuff.

RELATED POST: How ABC’s Dan Harris Tamed The Voice In His Head And Became 10% Happier