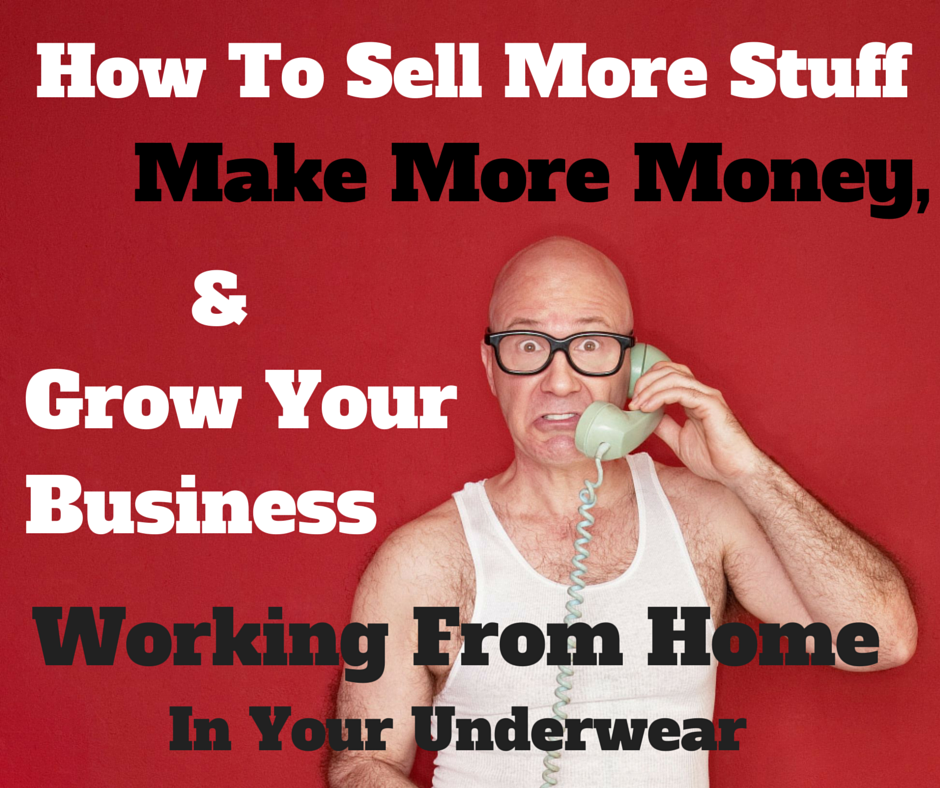 You can write the greatest blog in the world…

Create videos that rival anything Hollywood and Madison Avenue offer…

but if no one sees it… It didn’t really happen.

A sender and a receiver.

Luckily there’s a device available right now. The greatest mechanism ever created, ever even imagined for making connections and for sending and receiving information.

It’s like Gutenberg’s Printing Press to the infinite power.

You can distribute your content through social media, video sharing services, on your blog, on your vlog, your vine. You can potentially reach the entire world instantaneously. Going viral.

The key word there is potentially. The universe is made of potential. It could happen. You could win the lottery, too and if you sit there long enough a giant duffel of cash could fall from the sky and land at your feet. The laws of physics demand that it will happen…. eventually.

But your business can’t wait that long.

Your business needs sales, traffic and connections with more customers, RIGHT NOW! So you can’t post a couple of blog posts or videos and wait for them to go viral.

You have to make connections, the old fashioned way… one at a time.

Former President Bill Clinton was a master networker, even as 22 year old Grad student at Oxford.

If they asked why, he would tell them flat out “I’m going to run to be the Governor of Arkansas, and I’m keeping track of everyone I meet.”

Imagine if Bill Clinton had had The Facebook as a 22 year old.

I have an app hooked up to my email system that as soon as I type an email address in, a window pops up with links to their social media accounts. I can take a quick look to find out who they are, what they do and most importantly I can start on the process of making a connection with them. Forming a bond. Forming a friendship.

One third of all newly married couples met online.

You make friends one at a time, but now you can make thousands.

Make as many friends as you can. Make honest, genuine connections with them. Add them to your social networks and then sprinkle your content into your news feeds in between real human interaction about your life and about their life.

Be who you are, Just a little louder.

Using social media as your microphone.

The biggest misconception about social sales is that it’s FREE ADVERTISING. The truth is – it’s neither.

Advertising is a very small component of social sales. You’re in business to do business so every once in a while you have to ask for the order. But just like at the Rotary Club and Breakfast Civitan networking events, you can’t wade into your twitter stream and facebook news feed with a fistful of business cards asking if anyone needs new aluminum siding.

And it most definitely is not free.

First of all there’s the time factor. I was talking to someone last week about social sales and she said being active on social media was a full time job. It doesn’t have to be, but it does take time and effort and the willpower to avoid getting sucked into the black hole of political rants, slapstick videos and the latest post about 17 Celebrities Who Got Really Fat, Bald, Ugly And Stupid Seemingly Overnight.

I use a variety of apps to help me leverage and focus my time on social media: HootSuite, RescueTime, StauFocusd, Rapportive, and unfollowers.me to name a few.

And secondly there’s the money factor.

Google, Facebook, Twitter, YouTube.. These are businesses. They’re in business for the same reason you are: to make money. Just because they’re not charging your for the privilege of posting your kitten pictures 24 hours a day doesn’t mean they’re not interested in making money.

They’re not charging you because they’re selling you. Or more precisely they’re selling access to you and 5 Billion of your closest friends and fellow social media users.

But that also means you can buy access to them. To deliver your content. To tell your story. And every once in a while, pitch your wares.

The great thing is you don’t have to pay to reach all 5 billion social media users. Google and Facebook allow you to target who sees your content, posts, videos and ads down to the zip code, email address and whether or not they have recently visited your web page. And then you can pay to reach them and only them multiple times a day. Day in and Day out.

I’ve been talking and writing about advertising and marketing for 30 years and I’ve always said the perfect advertising vehicle would be TV ads that you could target like direct mail. Audio and video that you could incorporate into your database marketing to reach into your customers lives, interrupting and intruding to deliver your message instead of relying on them to come look for you.

We can do that now

In the first post in this series, I wrote about making an extra 20 grand last year speaking to a room full of potential customers and never selling anything to a single one of them. Here’s how I did that.

I created a video and series of blog posts about the event and I shared them on social media, but I also dropped a couple of bucks on Google remarketing ads showing that video and those posts over and over again to people who had visited my web page. My customers and people who were already interested in what I do.

I uploaded my entire customer database to facebook and spent a couple of bucks showing that video and those posts to my customers in their facebook feeds a dozen times a week or more.

I emailed them once.

I dropped a postcard in the mail to them once.

Eventually customers started asking me about it. We started talking about this and that, and pretty soon, I’m able to double or triple their average order. Maybe they mention my name to another friend. It all adds up.

Social Sales is just about taking that fundamental truth into the 21st century.

Taking it from rubber chicken weekly networking events and placing right in the palm of your hands.