Rewire Your Brain, Change The Way You See The World And Tell The Little Man Inside Your Head To Just STOP IT! 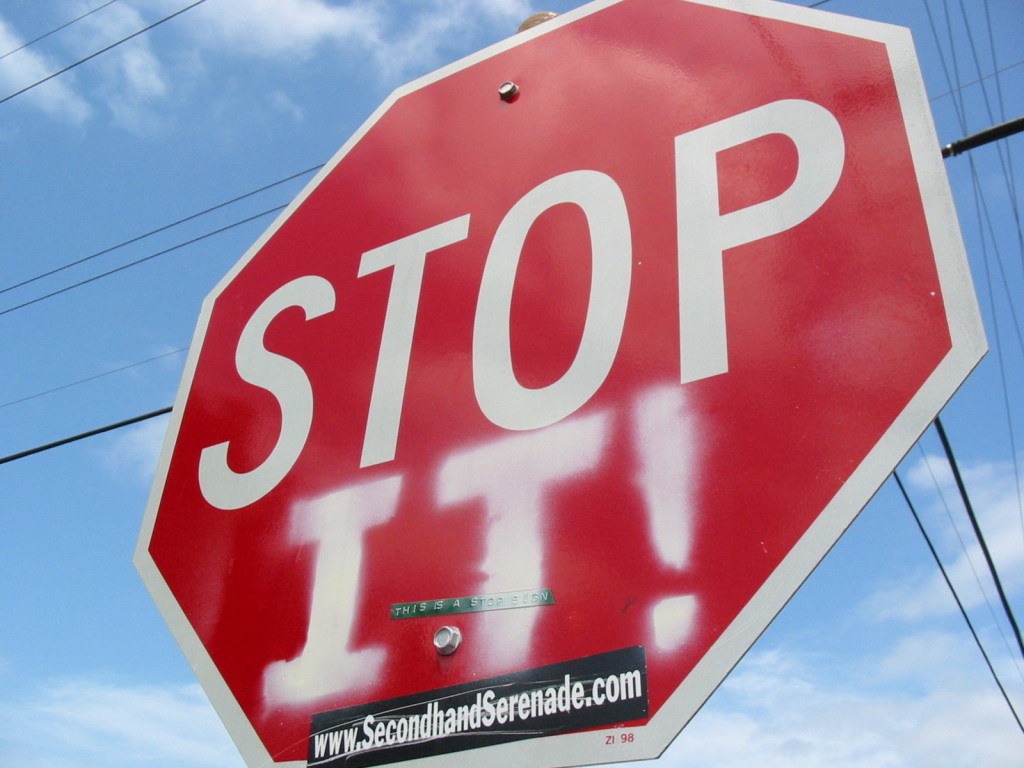 A guy goes to the doctor’s office to complain about his shoulder.

“Doc, it hurts every time I do this.”

There’s a Bob Newhart skit floating around on YouTube where he reprises his role as a psychiatrist. A female patient walks into his office and tells that her life is in shambles because of her fear of being buried alive in a box. She thinks about it constantly to the detriment of everything else in her life.

Newhart tells her that he has two words that can solve all her problems as long as she remembers them and applies them to her life after she leaves the office.

“But every night I dream….”

Mark Tewart is sales trainer, author and professional speaker who uses STOP IT! as a mantra for salespeople and sales managers to cut out the excuses, to cut out the negative self talk, to quit rationalizing failure and get busy getting busy!

It sounds simple and it is.

But it ain’t easy.

Your brain is like a dog with a bone and when negative thoughts creep in, they tend to stay there.

That little voice in your head is an insistent one and not just with excuses, rationalization and negative self talk.

It replays the fight you had with your spouse (maybe one you didn’t even have) over and over again. Giving you new ammo and lots of things you wish you had said.

It replays the traumatic events from your childhood (and your morning commute).

And like a top 40 station that only plays 27 songs, you get to hear the same thing all day, every day whether that’s what you really want to hear or not.

But what if I were to tell you there was a request line? What if you really could tell the little man your head to just STOP IT!

Well you can. It’s simple. But it ain’t easy.

That’s why you have to work at.

We readily accept the idea that we have to train our body to get it to do what we want. To strengthen our muscles we have to use our muscles. But few of us apply the same logic to our brain.

Meditation is just that. Training for your brain.

Or maybe more accurately it’s brain taming.. teaching the little yappy chihuahua in your head to shut the hell up every once in a while.

I generally get a couple of responses whenever I get to have a serious conversation with anyone about mediation (once I get past the fat buddha jokes!)

“I can’t do that,” they tell me when I tell them to gently push aside all the thoughts that creep into their head.

You pushed play on the little voice in your head as soon as you learned to talk and he hasn’t shut up since then. He’s had free reign for decades and you expect him to shut up the first time you ask.

I had another friend ask me once how long it took. How long does it take for you to empty your head of all thoughts and reach that glorious moment of silence.

The answer to that one is a little more complicated. I can pretty much empty my head on demand at this point. But the voice in your head is like rain on an old roof. Constantly searching for a way in. Exploring every nook and cranny. The thoughts come back. They always do. That’s what your brain does it creates narrative out of nothing. It finds the storyline in the chaos.

Meditation, or mindfulness practice, as it’s sometimes called just helps you get it under control.

The purpose of meditation is to become intimately familiar with the present moment. To be fully aware and mindful of the way things are right now.

But the major benefit. The long term side effect is learning to recognize that the voice in your head the one that’s been leading you around since your were 3 or 4 years old isn’t you. It’s just the announcer. The disc jockey. The story teller.

You can get your head out of your head. One thought at a time. And all you have to is breathe.