3 Reasons To Exercise That Don’t Involve Losing Weight, Getting In Shape Or Fitting Into Your Skinny Jeans 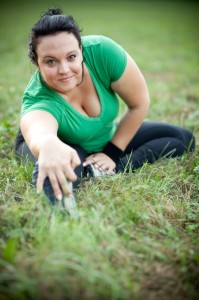 America is a funny place. We worship daily at the altar of fitness and beauty. Multi-billion dollar industries flood our airwaves and facebook feeds with images of the beautiful people exercising.

They’ll sell us everything we need from thigh masters to gym memberships, from $200 running shoes to the latest and greatest digital doodad that will track every calorie we consume, every step we take, every move me make.

And yet with all that at our disposal 2 out of 3 Americans are still overweight or obese, in part because we don’t get enough exercise.

We’re obsessed with the idea of getting back in shape, the fantasy of working out, but the actual getting up off of the couch and moving around, well, not so much.

It’s good business for them. As long as they can keep us focused on the unrealistic ideals and six pack abs, we’ll stay in a constant state of dissatisfaction and keep looking for the magic bullet slash weight loss slash fitness program to turn it all around.

Oh, look there’s a new video that shows us how to get in shape with a scientifically proven 10 minute workout… and it’s only $199. I’m gonna really get serious when it arrives in 4-6 weeks. In the meantime, pass the Doritos.

But let’s flip the script, Let’s come at at from a different angle.

Let’s decide that we’re absolutely perfect just the way we are with our love handles and our muffin tops, with our man boobs and our stretchmarks, with our thunder thighs and our cottage cheese butt cheeks. And let’s decide to work out anyway.

We’re an absolute freaking miracle of nature, a wonder to behold, warts and all. And if we can start getting off the couch every once in a while to work up a sweat, we can be even better.

We don’t need to exercise to be pretty, to be thin, to be perfect, get six pack abs or be one of the beautiful people.

Let’s quit trying to get into shape and just be the shape we’re in better.

All the ads tell us we need to exercise to make our bellies smaller and our muscles bigger, but here’s a little known fact.

“Nothing we know of—no drugs, no activity—nothing else competes with what physical exercise does to increase the number of new brain cells that we make every day,” says Harvard professor of psychiatry, Dr. John Ratey, author of Spark: The Revolutionary New Science of Exercise and the Brain.

Forget Luminosity. Forget soduku. Forget the New York Times crossword puzzle. If you really want to increase your mental clarity and sharpness, do a freakin’ push or two.

As little as 4 or 5 minutes of increased cardiovascular activity can stimulate increased blood flow to the brain and spur the growth of new brain cells.

Exercise doesn’t just help grow new brain cells, it makes the ones you do have work better

“Exercise improves concentration, attention, motivation, and general overall mood, and decreases impulsivity,” says Ratey. “One of the ways that’s done is by raising the neurotransmitters dopamine, serotonin, and norepinephrine. A bout of exercise is like taking a little bit of Ritalin and a little bit of Prozac.”

A brief bout of exercise can improve your clarity and focus for 2 to 3 hours in the short term and help fight brain aging and Alzheimer’s in the long run.

So whether you’re prepping for a big exam or having a senior moment and can’t find any of your 7 pairs of reading glasses go for a run. It’ll help

Everyone’s familiar with the concept of the runner’s high that occurs when opiate-like endorphins flood the brain with happy juice during exercise, but that’s not the whole story.

A quick 20 minute dose of exercise can also help DECREASE production of cortisol, the stress hormone which triggers our instinctive fight or flight response system.

We’re rarely battling predators in the wild these days, but the stresses of modern life, from the constant barrage of smart phones notifications to cab drivers cutting us off in traffic, leave our cortisol production in overdrive. With little fleeing and fighting to let our brain know the threat is over, we remain constantly on edge.

Exercise reduces cortisol production by tricking our brain into thinking we’ve responded to the threat, either by running away or running into battle. Since we’ve responded, our brain can bring the threat level down from Def Con 4 and shut off the cortisol spigots.

That 20 minute jog around the block can leave you in a better mood for up to 12 hours. That’s better living through chemistry

And over the long term, a regular exercise regimen is as effective at treating depression as antidepressants like Zoloft according to researchers at Duke University. 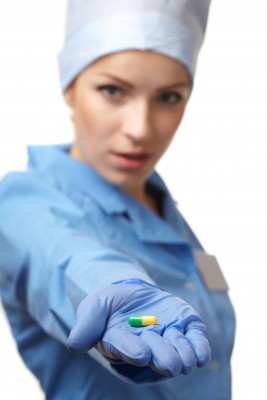 Increased BDNF production is one of the primary method by which SSRI antidepressants (Zoloft, Paxil, Prozac) help patients feel better. Antidepressants are The pharmaceutical industry’s Number One Cash Cow. 13% of all American are taking prescription antidepressants. Among women ages 50 to 64 that rises to 25%. 1 out of every 4!

We’re spending billions on these pills and they don’t accomplish anything that a few dozen jumping jacks can’t do!

3) Exercise Can Help You Turn Your Whole Sorry Life Around

Exercise is what Charles Duhigg, the author of The Power of Habit calls a Keystone Habit.

“When people start habitually exercising, even as infrequently as once a week, they start changing other, unrelated patterns in their lives, often unknowingly. Typically people who exercise start eating better and becoming more productive at work. They smoke less and show more patience with colleagues and family. They use their credit cards less frequently and say they feel less stressed.”

Little wonder with all the changes in brain chemistry that exercise creates. If you’re on a natural high all the time, you’ll have a lot less need for smokes, booze and retail therapy.

And it’s true that exercise gives you more energy – Energy to be more productive, tackle new projects and get more shit done. Exercise is a force multiplier.

Then there’s the science of little wins. Accomplishing physical goals as small as running around the block or doing a real live, legit push up for the first time without resorting to the “knee thing” can give you the confidence you need to step up to new challenges and make other changes in your life.

The first time I ran a 5k without stopping, walking or puking, I felt as if I could conquer the world. And over the last few months, I’ve gone from barely being able to do 10 “girl’s” push ups to doing a couple of dozen regulation push ups a day.

That’s the first time in my life I’ve ever been able to do that.

The confidence from these tiny victories has helped me make countless other massive changes in my life. I’m off the booze. I’m off the sugar. I’ve slashed my TV viewing by half or more.

Exercise will change your life. Period. No question about it.

Dropping a few pounds and fitting into your skinny jeans – That’s just a happy little side effect.

RELATED POST: Quit Trying To Get Into Shape And Just Be The Shape You’re In Better