How To Make $500 Bucks A Night Selling Salty Snacks 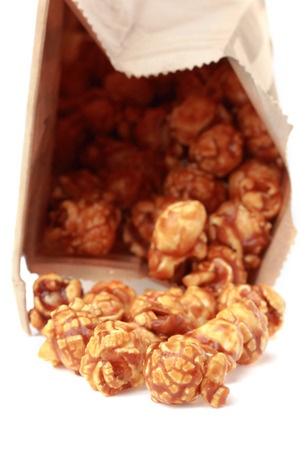 What’s the difference between a college kid making $15 bucks a night selling candy at professional sporting events and a local celebrity bringing in $500 bucks a night from those same grandstands?

Attitude, action and the willingness to be more, to be better.

In 1996, Dave Kerpen was a college student selling concessions at Boston sporting events. Concession sales is a commissioned gig, if you don’t sell, you don’t eat and since Dave was the low man on the totem pole, he was assigned the arena’s worst seller: Crunch n Munch.

On his first night out he sold 12 boxes and made the minimum commission $15.

Before going back for his second night’s work, he decided that getting into the games for free and pocketing $15 wasn’t good enough. He needed to make a living at this so he had to step up his game. When he showed up in the stands for his encore performance, he made it just that, a performance. He sang a little, danced a little, cracked a few jokes, screamed, shouted and hammed it up good.

That night he sold three times as many boxes of sweet and salty goodness.

And now that he had plan, he ramped the schtick up even farther, catching the eye of the arena cameraman and The Crunch n Munch Guy was born. Soon, he didn’t need to march through the stands hawking snacks. The crowd came to him, stood in line for AUTOGRAPHED boxes from the Crunch N Munch guy and sent him back to his dorm room with $500 a night.

Because bashful salespeople have skinny children.

And he was rewarded by that standard.

Act AS IF, you are already everything you want to someday be.

Act AS IF you’re leading the life you were born to lead.

Positive thinking can make you feel better but positive acting is what makes shit happen.