At Long Last Our National Nightmare Is Over 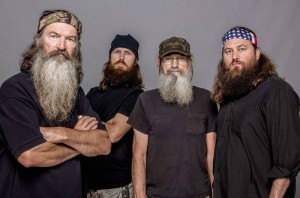 I have to admit, I’ve felt a little out of place over the last week since the whole Phil Robertson Ducky Dynasty Debacle began, but rumors on the interwebs today report that A&E has decided to let Phil return to nest and keep the golden egg warm (insert gasp and shocked expression here) at least for the episodes filmed so maybe things can get back to normal.

For the last week virtually every social gathering I’ve been involved in has been dominated by the Duck Dynasty debate except there hasn’t really been any debating. I live in the bible belt, now known as the Phil Robertson Amen Corner. Can I get a witness?

At every lunch, christmas party and family gathering, everyone’s had an opinion and I felt a little disconnected because I only had three words to share on the subject.

So an evangelical Christian from Swampwater, Louisiana has a negative opinion about the gays. Really?

So he gave a direct answer to a direct question that expressed that opinion?

The man’s entitled to his opinion whether anyone in the big wide world agrees with him or not.

So the gays are in a uproar because of his discouraging words. I don’t care. I’d probably be pissed off too if he went on a rant about fat ass, white boys.

Of course, A&E wouldn’t be terribly concerned if he offended a bunch of middle aged, fat ass white boys, but I couldn’t care less. A&E can fire or let go or suspend anybody they want. It’s their show. I don’t know anything about Phil Robertson’s contract particulars, but most people I know work AT WILL which means they can be fired, let go, laid off or downsized at any time for any reason.

The only thing that makes Phil Robertson different is the roughly 10,000,000 people who watch the show every week and came rallying to his side. Again, I don’t care. They’re allowed to express their opinion the same as The Duck Commander, the same as the gay community, the same as A&E.

This has never been a Freedom of Speech issue, all of the parties involved are free and private parties. They’re allowed to have an opinion.

And I’m allowed not to care.

The situation may or may not have been manufactured, but it was definitely exploited. That’s what TV does.

A quick google search will show the entire cast of Duck Dynasty looked much different before the show. Nice, clean cut, Khaki clad All American boys frolicking on sandy white beaches with their beautiful wives, frosted tips and 2.5 clean cut, khaki clad All American childrens. But ain’t nobody got time for that, so they repackaged, reimagined and reinvented themselves for TV. Good for them. 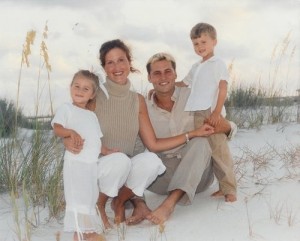 The only problem is the 10 Million Americans who forget that reality TV and reality have very little to do with each other.

It’s a packaged product designed to feed your brain’s addiction to drama and all the hub bub about what Phil Robertson said to GQ, that’s just a part of the package.

It’s marketing so you’ll spread more word of mouth at all of your family gatherings this week. And it’s working.

But there was a little side effect that maybe no one was counting on. More rumors on the interwebs say that Duck Dynasty ratings were down 70% this week over last week. I have to assume that most of those people didn’t watch because they were supporting whichever side of this dramatic creation they came down on.

And a lot of them didn’t watch because it was a rerun, the week before Christmas.

And maybe there was even a handful who stumbled on the old clean cut Robertson Clan family photos, realized what bullshit it all really was and decided to give it a pass.

Either way. that’s 6 Million Americans who took back an hour (is Duck Dynasty an hour long? I wouldn’t know) of their life this week. Studies show that every hour we spend watching TV takes 22 minutes off our lives (for real, look it up) so this whole debacle has increased our national lifespan as well as giving us 6 million extra hours to work harder, spend with our families, meditate, exercise, get more shit done.

Of course, that’s not really how we spent the extra time, we just watched some other crap on TV because we’re junkies and that’s what junkies do.