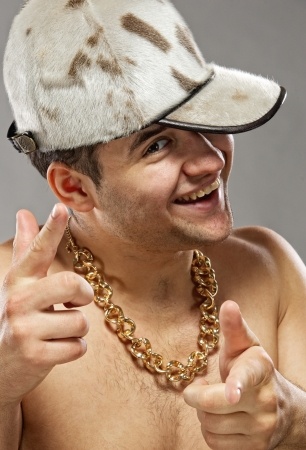 About a year ago a list of the most influential people in the automotive industry (according to KLOUT) was published.

KLOUT influence isn’t the same thing as real world influence. There wasn’t anyone named Ford on the list or any CEO’s of the automakers or big dealer groups. This was a list of automotive people who were active on social media and could wield influence across their personal networks. There were about 80 people on the list, basically an admittedly incomplete list of everyone in the car business with a KLOUT score of 50 or above.

At the time I thought KLOUT was just complete bullshit and a waste of time. Like most people, I used social media to keep up with friends and family and to look up people from high school to find out who got fat and bald.

I was also using social media for business, but mainly because I thought it would help my search engine rankings. Social Media as SEO.

I had given very little thought to the idea of social media as a sales channel and even less to it displacing search as the way things get found on the internet.

In the last year, I’ve raised my Klout score from a 49 to a 65. That’s not quite the major leagues, but I’d say it makes me a AAA player, in the top 5% of all social media users. Over 70 is probably the big leagues. Real life celebrities clock in over 80. And the superstars bring it home in the 90’s – Jimmy Fallon, Justin Timberlake and Barack Obama.

I can’t say that raising my KLOUT score over the last year has done anything for me other than qualifying me for some free movie passes and gourmet soy sauce they were giving away through their perk program.

But I can absolutely say that increasing my influence and engagement online has dramatically improved my business and that’s what really counts.

I’ve strengthened my relationships with existing customers. Everyday I’m on the phone with car dealers from Moosejaw, Saskatchewan to Hog Waller, Alabama and at least once a day, one of them asks me about something going on in my real life that they read on social media.

“How you likin’ that 72 degrees in Nashville?”

“You really do naked yoga?”

Now we’ve got something to talk about besides business. That makes us friends. And friends like to buy from friends.

I’ve also picked up new customers and been recruited for a couple of six figure jobs that I never would have known about had I not been engaged on social media.

KLOUT scores matter, but clout matters more. And you get them both by engaging and influencing.

Here’s a few tips I picked up along the way.

If you’ve ever tweeted, liked, followed, friended or shared anything on social media, you already have a KLOUT score. Log on and find out what it is.

KLOUT uses over 400 signals from 8-10 social media networks. Facebook and Twitter are the heavy hitters and for some reason KLOUT seems to love Instagram. LinkedIn, Google+, FourSquare and KLOUT itself are the other major components of the scoring algorithm. Connect KLOUT to all the networks you have accounts on, then create new accounts for the ones you don’t and connect them too. Even if you never use those accounts, just having them is a signal.

Facebook birthday greetings are the new Christmas card list. People in your life who you only interact with once a year will post a Happy Birthday greeting. This year, I got a 2 point KLOUT boost on my birthday from the couple of hundred people saying “Happy Birthday, Terry.” I’ve even heard of people who give themselves a new birthday every 3 months to keep the K train rolling.

If you get people reaching out to you make sure you are interacting with them. Start a conversation. Engage!

If someone wishes you a Happy Birthday. Don’t just say “Thanks!” Start a conversation “Thanks, what’s up with you guys?” Engagement breeds engagement.

People love to give their opinions. One of my most active post this year was when I asked whether I should get an iphone or the new Galaxy S4.

This may be the single most important tip. I didn’t ask about smartphones to boost my KLOUT score. I asked because I needed a new smartphone. People can smell phony a mile away and on social media they can smell it from around the world. Be yourself, only louder.

Get A Real Life

Real life is the most engaging content of all. Tell your friends online about what’s going on in your life: Your new baby, your new job, your new car, your new naked yoga routine. Grumpy cats and motivational posters are fine, but your friends want to hear about you. Share your story.

Be Yourself. Unless You Suck

If you hate your job, hate your wife, hate your kids and hate your life, maybe you want to keep that little bit of sunshine to yourself. Positivity creates engagement. Debby Downer goes to the prom alone.

Mark Zuckerberg crashed the computers at Harvard with the very first version of The Facebook because students wanted to see pictures of other students. Facebook was invented to share pictures. Twitter now includes full pictures in their tweet stream because pictures get more engagement. Show and Tell is always better than just saying.

It’s been said 90% of all social media user are just browsers, 9% share other people’s content and just 1% are the content creators. Be the 1%. Take pictures, start a blog, shoot videos. It’s a multimedia world. Get your story out as many ways as you can so the 9% can share it and the 90% can admire you from afar.

Your KLOUT score is a measure of your social media engagement and influence over the last 90 days. If it happened three and half months ago, it doesn’t count. Just like Chicago politics, vote early and often

What did I miss? Tell me how you’ve improved your KLOUT score.

PS Happy Birthday. How you been?

RELATED POST: Be Who You Are, Just A Little Louder