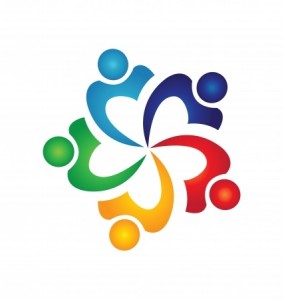 I first heard that quote from motivational speaker Jim Rohn and took it as a warning to choose my friends wisely.

There’s probably nothing that has more impact on our health, happiness and prosperity than the people we choose to surround ourselves with.

Who you associate with affects how you think, how you act, who you become. We’ll accept that as a given.

Here’s the part that doesn’t get as much attention:

You affect the people you associate with as much as they affect you.

I ran across this great video of 32 metronomes ticking off 32 random rhythms until they gradually synch into the same frequency. It’s amazing to watch. Especially the one lone hold out which struggles mightily to march to the beat of a different drummer right til the very end when it surrenders and synchs with the other 31.

People synchronize as surely as metronomes.

I’m the captain of rec league hockey team called prophetically BEER. We named it that specifically so that when people asked who we played for we could say “I play for BEER.”

And as soon as our games were over we’d head to the bar for post game strategy sessions that usually lasted until the wee hours of the morning. Waitresses at the local watering holes would have heated arguments over who got to serve us because we stayed a long time, drank heavily and tipped well. A good night bringing beverages to the BEER team could pay their car note.

Just like a houseful of women of childbearing age, we’ve synched our cycles.

Then gradually, we’ve mostly shifted in the same direction. Several guys I play hockey with have taken up running, working out and generally getting their shit together. We didn’t have a team meeting. We didn’t change the name of the team because in all honesty, it’d be hard to fit LEMONADE AND CHEF’s SALAD on the front of the jerseys.

And nobody said “Hey, let’s be like Terry.” It just happened. We all tuned in to the same frequency.

The computer geniuses at Facebook have gone to great lengths programming an algorithm that replicates the way we experience real life. The more we “like” something, the more we interact with someone or some particular kind of post, the more stuff like that we’ll see.

I’ve connected online with people who are committed to improving their lives. One guy I know just wrote a self help book, another has lost over 200 pounds and is up at 3 every morning running 8-10 miles. Another buddy of mine has lost over a hundred pounds and founded an online group devoted to improving lives that has exploded to over 500 members in the last few months.

The thing is, each of us is a receiver and we take in signals every day from the people around us, from what we watch on TV, from who we interact with on Facebook. Those signal shape our thoughts and our thoughts shape our actions and our actions shape our worlds. That’s how we become the average of the 5 people we hang out with the most.

Our thoughts, our actions, our realities affect everyone we connect with.

Ghandi said “Be the change you want to see in the world.”

Michael Jackson said “If you want to make the world a better place, just look at yourself and make that change”

It all starts with the man in the mirror.

No amount of bitching, whining and tilting at windmills will ever change the world. It’s too big.

But YOU can be better. You can change yourself. And changing yourself changes the world.

RELATED POST: I Can’t Complain, But Sometimes I Still Do