Do You Believe In Miracles? 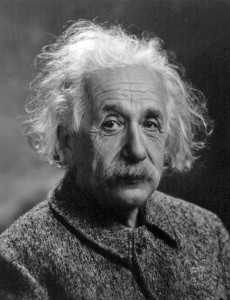 “There are only two ways to live your life. One is as if nothing is a miracle. The other is as if everything is.”

I think Ol’ Uncle Al may have been understating the obvious.

Anyone who has decided that there’s no such thing as miracles just isn’t paying attention.

Right now, while you sit here sipping your coffee staring at a device that holds the sum total of all human knowledge, you are spinning, along with everything else on the planet, at over 1,000 miles per hour. And we act like it’s just another Tuesday afternoon. We’re not flying off into space screaming at the top of our lungs. We haven’t even spilled our Vente Pumpkin Spice Latte.

When I was a kid, back when Pluto was still a planet, I made a model of the solar system out of plywood and a few styrofoam balls covered in Day Glo paint (plus cardboard rings for Saturn). Pluto wasn’t the only thing I got wrong, though.

We think of the planets travelling around the Sun in a never ending loop, kinda like one big Sunday afternoon Nascar race. But that’s not entirely accurate. We’re not circling around the sun so much as we’re chasing after it.

The sun isn’t just sitting there like some giant tetherball pole. It’s circling around the center of the Milky Way Galaxy.

All told, while you sit here sipping your coffee, chatting and reading, you’re traveling at a speed of close to 2 Million miles per hour. You’re hundreds of thousands of miles from where you were just minutes ago when you started reading this.

And you’ll never be there again.

Gravity is the miraculous force that keeps us anchored to the floor of our 2 million mile an hour rocketship. But gravity is the weakest force in the universe. And that’s what leaves room for another miracle.

The Miracle of Stuff.

If you were to blow a typical atom up to the size of the Earth, the proton at the center would be about the size of a basketball. A handful of electrons, which are thousands of times smaller, would be scattered around the planet. And the rest? Crickets. Nothing.

There’s no there, there

The chair you’re sitting on is made out of nothing. The only reason you don’t crash onto the floor of Starbucks, the only reason stuff seems like stuff, is because the electromagnetic force is millions of times stronger than gravity.

The Miracle of You.

You’re only here today because 1,000 generations ago, when your ancestor was being chased by a sabre tooth tiger, he was slightly faster than the other guy he was running with. If your great great great grandfather had asked the little red headed girl to dance at the barn raising instead of the little blonde headed girl, there would be no you.

Miracles happened at every step, every day, every generation, to create the unique you. 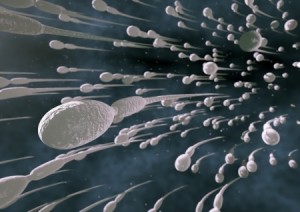 You started out in this world as a single sperm cell racing in a 7 inch marathon to glory against a couple of hundred million of your closest friends.

Winning that race created the unique DNA sequence that created you. If you were somehow able to translate your DNA sequence into words it would take 3 Billion of them.

3 Billion words to describe the Miracle of You. Reading your genome, describing yourself out loud would take over a century.

And then there’s the biggest completely unexplainable miracle of them all:

The Miracle of Now.

All around us everything we see, feel, touch, smell, think or imagine exists as tiny bundles of light, particles of energy popping into and out of existence trillions of time a second, suspended in a constant state of indefinity, neither here nor there, neither now nor then, a slurry of possibility, everything that ever was or will be, everything that ever could be or could have been all dancing together side by side until somehow, by force of some scientifically inexplicable cosmic magic trick our being, our essence, our consciousness lights upon this kaleidoscope of the gods and collapses infinity into this brief shining miracle we call Now.

Seems like the least we can do is say thanks.

RELATED POST: Gratitude, The Happiness Handle and The Paradox of Pleasure